The famous green roof Peace Hotel
China may be a land of contrasts, of high rise cities and rice paddies tilled by oxen, but few cities offer the varigated past of Shanghai — colonial port city with a history of war, capitulation, blockades, and stunning architecture that spans almost a 100 years of style and design. One of the icons of that past is the Peace Hotel which started life as the Cathay Hotel, built by Victor Sassoon as part of his real estate empire in Shanghai. 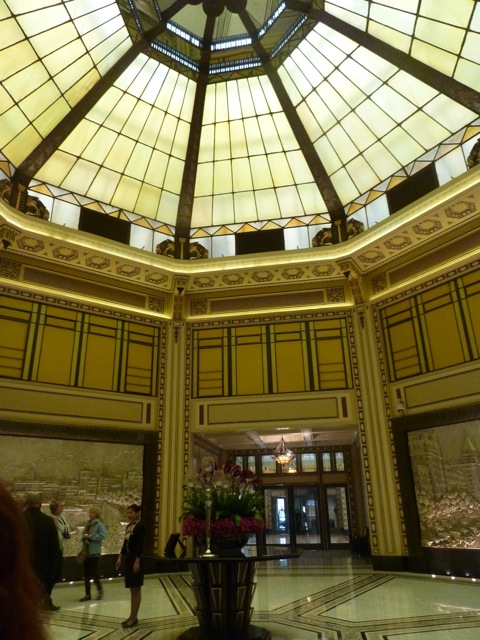 The Peace Hotel Lobby
The original hotel officially opened on August 1, 1929. It was widely known as the “Number One mansion in the Far East “, due to its prime location along the Bund and for its luxury, including the distinctive copper-sheathed roof 77 meters above ground, white Italian marble floors, and priceless Lalique glass artwork. It was also the tallest building in Shanghai and hosted many famous guests over the years including Charlie Chaplin, George Bernard Shaw, General Marshal, Noel Coward and President Bill Clinton. It was known for its Old Jazz Bar and band, which has been resurrected and plays again today. From 1949 to 1956 it was used for government offices, but in 1956 it resumed its use as a hotel, the name being changed from the Cathay Hotel to the Peace Hotel. A major 3 year renovation was just completed in 2010 to bring it back to its 1920′s glory. 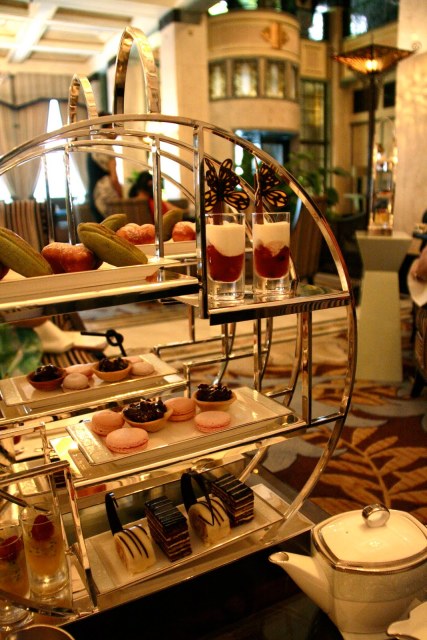 The gorgeous high tea experience
Yesterday, I ended tour at the Peace Hotel with a lovely British couple – Michael and Adrienne, they have been married for 49 years. Adrienne’s eyes lit up when she discovered that it is still the high tea time in the hotel’s Jasmine Lounge. In her words, it is the perfect way to recalling Shanghai’s ‘Paris of the Orient’ and its fame for having introduced European high tea to the city in the 1930s. 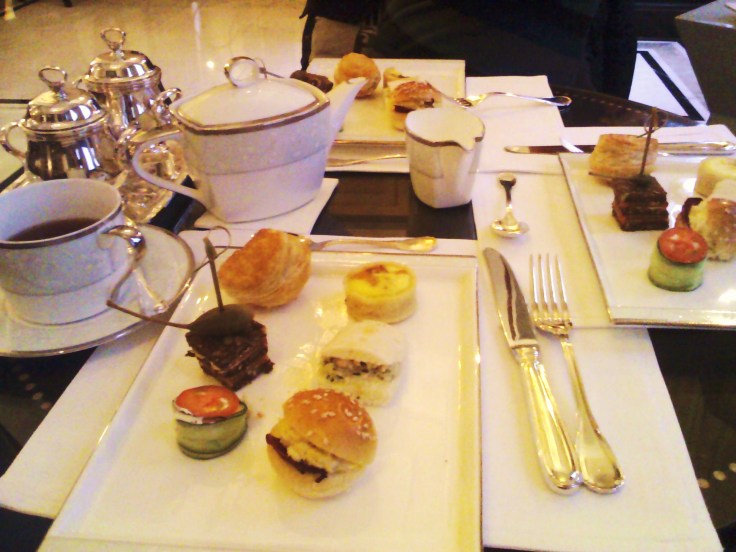 It was a lot for tea, can’t find any space for dinner afterwards
To me, I could never resist good food and it is wonderful to have British people confirming that the quality of the high tea in Shanghai is as good as what they have in London. The other thing is that you don’t really have to dress up to enjoy it 😉
Advertisement