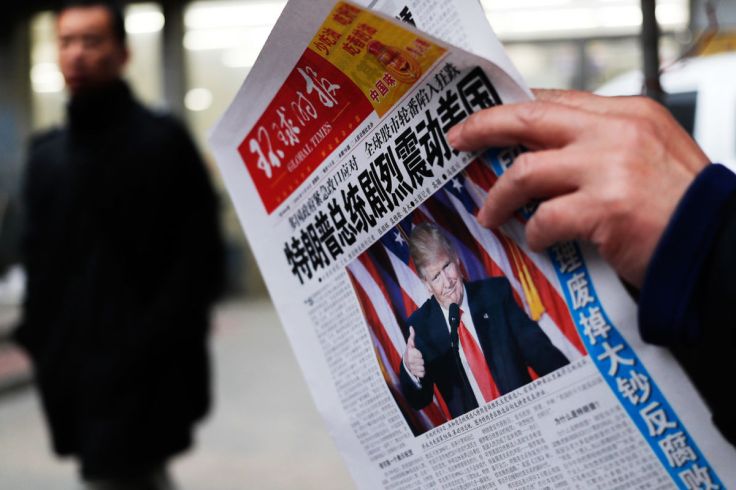 The U.S. Presidential election on Nov. 8 was more closely observed in China than any in history. That’s because Chinese people have more personal experience with U.S. life than ever before, from an enormous increase in Chinese visitors stateside — from 400,000 in 2007 toover 2.5 million in 2015, to the rapidly growing ranks of Chinese students at U.S. colleges and universities, a number now exceeding 300,000.

Trump’s surprise victory left many across America shellshocked as he took to the stage in the early morning hours of Wednesday to announce that he planned to do “a great job” as president to all of the American people. Meanwhile, across the ocean, Chinese netizens flocked to social media to discuss what the hell had just happened.

Some popular comments on various Weibo threads are as below:

“Once again this proves that the strategy of ‘encircling the cities with the rural’ is the correct revolutionary road to seizing ultimate national victory.”

“The whole world is celebrating right now because America voted for this idiot.”

“Election day in the US is the one day that Chinese people finally get to discuss politics.”

“The American drama is over, time to switch over to the Korean one.”

Within China, it’s fair to say the two U.S. candidates are not being judged on who is best positioned to run the American government safely and responsibly. Instead, their images in the Chinese popular eye have collided with two tropes central to Chinese politics: the corrupt official (Democratic nominee Hillary Clinton, a big lier and business crony) versus the people’s champion (Republican nominee Donald Trump, an crazy and angry rhetoric toward China).

America’s democracy has often served as a high-water mark in China as a political system. For some it is a curiosity; for others, especially in the older generation, it remains an ideal. Partly because of Chinese state media’s constant use of the United States as a benchmark for Chinese progress, most Chinese see the U.S. democratic system as the definitive “other” to their Communist state, a political foil by which they can measure their development, quality of life, and wealth. Yet Trump is saying that what Chinese people hate most about their country is also a persistent problem in the United States, its would-be standard bearer.

According to one mainland PhD student, who wished to remain anonymous while discussing politics, “Watching Trump and listening to him makes a lot of us feel like America has problems, too. And we know what our problems are,” while the Americans “are just getting theirs out on the surface now.”

For many in China, Trump has placed their country and the United States on roughly equal footing. “It sounds like everything we hate about China,” one political science student declared, also anonymously. “America shouldn’t be like this.”

Perhaps some Chinese netizens are happy to see Trump win is just to prove that democracy could possibly be a bad idea. Or perhaps they are also eager for change.